Facebook is Developing a New Smart Screen, but Why Would You Want to Buy It? 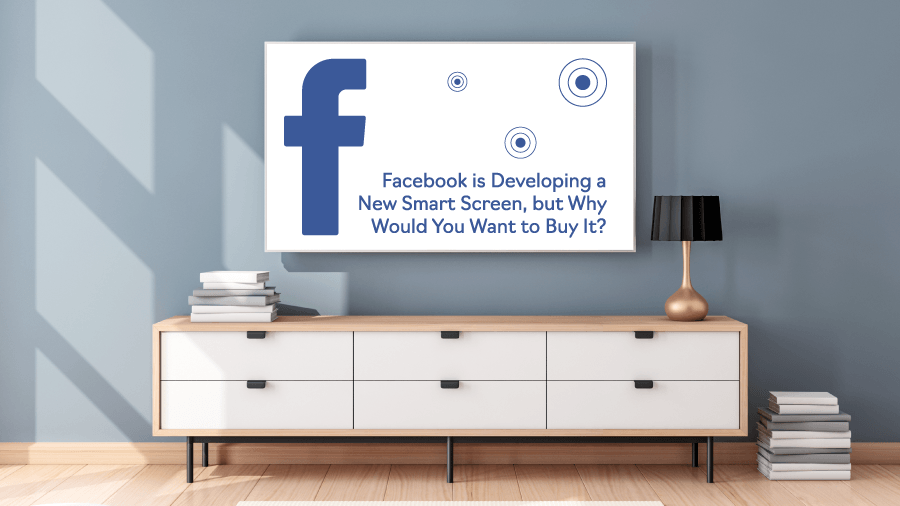 Facebook reportedly approached Netflix, Amazon, Disney and other companies about including their streaming services on a new TV chat device. The as-yet-unannounced device would be based off Facebook’s Portal “smart video calling” device.

According to a report from The Information, Facebook representatives have been seeking a variety of streaming services to include in their new ‘TV chat device’. The device (codenamed ‘Catalina’) is predicted to be announced later this year and include a variety of features like video calling, Alexa functionality and hi-fi music playback.

Though it’s too early to speculate on the features and specifications of the upcoming device, the technology is likely based on Facebook’s Portal smart device. But is now the right time for Facebook to branch out into the highly competitive hardware market?

The popularity of Facebook’s new device may well live or die on the range of services included, as who wants a ‘TV chat device’ with less functionality than other smart TVs on the market? What’s more, as this is only the second major hardware release from Facebook (the first being their Portal device) many critics are sceptical over the new device and concerned over Facebook’s track record.

Regardless of the device itself, a robust offering of streaming platforms could help ‘Catalina’ to seem more desirable and allow industry giants like Netflix reach a wider audience. Netflix, Facebook, Hulu, Amazon and Disney haven’t released formal statements about these talks, so the best gauge for how well Facebook’s new device will fare is probably their last release, the Portal.

The ‘Catalina’ is following in the footsteps of the Portal.

Critics point out that the Portal has poor specs – the speakers are “tinny and muddy at the same time” – limited functionality and a price tag that does little to justify an increasingly common USP. The premium model – the Portal+ – stands at an imposing 17.7” (or 44.98cm) with an intimidating £269 price tag and executive-sized 15.6-inch rotating screen, making it unsuited for most homes.

While reviewers praise the video-calling functionality, the Portal has little else to offer, though Facebook are working to add a browser function with streaming services like Netflix. Admittedly, the video-calling is first-rate and the dynamic camera tracks people around the room for clear conversations, but a tracking camera with wireless internet connection from Facebook is a whole other issue…

Facebook wants you to pay £100+ for another camera in your home.

For a company that makes headlines for invasions of privacy almost as much as tech innovation, asking people to pay for a monitoring device in their home seems tone-deaf. Facebook seems aware of this, however, and the Portal comes with a button that “physically disconnects the camera and microphone” as well as a physical clip to cover the camera. Appropriate for a company whose CEO famously tapes over his own webcam for privacy.

Though the Portal doesn’t quite match the conspiracies surrounding Google Home and Amazon Echo, a Facebook spokesperson has confirmed that Facebook records the entire call history of Portal communications: “Portal calls are powered by Messenger – as such we collect the same info we as we do on other Messenger-enabled devices. This includes information about the quality of the call or to inform your call history, for example.“

So, Facebook is monitoring you – why does this matter?

Facebook officials have admitted to recording data from all communications over Messenger and this is extremely worrying for a company with such a consistently terrible track record for safely storing user’s information. What’s more, Facebook may sell on your personal information to discriminatory advertisers, political campaigns and more…

Interestingly, while the Leave.EU campaign was accused of ‘cheating’ over ties to Cambridge Analytica, they have been investigated and cleared, unlike Facebook. The Metropolitan Police stated that “no further action” is required and the National Crime Agency’s investigation into Leave.EU has found “no evidence” of any crimes by the organisation or its founder, Arron Banks.

Banks (with all the emotional maturity of an indignant teenager) has turned this perceived victory into accusations of “political bias” against those who called for the investigations.

The Facebook Portal isn’t even the best listening device on the market.

When it comes to functionality, the Portal is trumped by its two main competitors – the Google Home and Amazon Echo – by a large margin. When it comes to sound quality, the SONOS and Echo models all outperform the Facebook Portal in terms of volume, range and fidelity.

As for the Portal’s raison d’être of video-calling, there are many other offerings out there – heck, even entry-level smartphones provide several options for video calls – and the Portal forces you to use Facebook Messenger. But the camera of the Portal offers a 114° field of view and dynamically tracks users around the room to keep everyone in frame, something that every spy and government agent dreams of.

The ‘Catalina’ is shaping up to be an average smart TV from a company renowned for poor privacy and bad business practices.

Judging by previous products and current talks, the new “TV chat device” won’t have ground-breaking specs, may lack the streaming services common on smart TVs and game consoles and may turn into another invasion of your privacy. Unless something drastically changes between now and the formal announcement of this new device, the ‘Catalina’ isn’t worth your time, let alone hundreds of pounds.