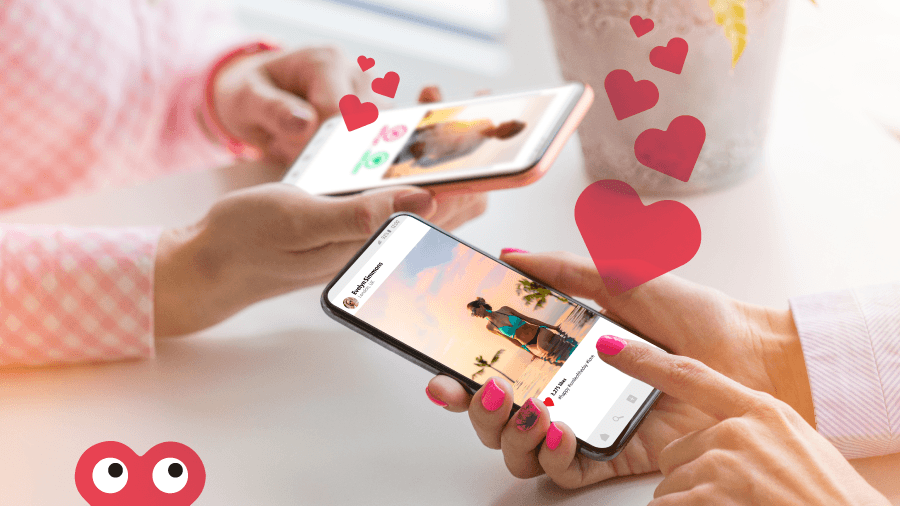 Earlier this year, Instagram temporarily hid likes and view counts from millions of users, but will it catch on?

On the 17th of June 2019, Instagram announced a test that would hide likes and view figures from users in Australia, Brazil, Canada, Ireland, Italy, Japan and New Zealand. Users in the affected areas were able to see likes and views on their own content, but not on content from other users unless they manually opted out of the test.

Currently, Instagram hasn’t announced that these changes are coming to Britain, but the changes may happen sooner than you think. Since Instagram trialled the feature so close to our shores (in the Republic of Ireland) and our government wants to tackle mental health issues linked to social media we might have to think about how the changes will affect the influencer market.

Hiding likes might benefit self-esteem, but what about businesses?

The response to this test has been mixed, as many users claim that the move has encouraged them to focus more on the emotional returns of content, rather than playing a ‘numbers game’. However, influencers and businesses have expressed concern, as they rely on the likes and view counts to measure their reach and engagement, which is vital for their work.

Because likes and views have become the de facto measure of value on Instagram content, hiding them from users has the potential to massively distort the influencer market: When you can’t see the reach and engagement (views and likes) of posts, why would you gamble with influencers?

Hidden likes or not, influencer engagement is down.

According to the latest State of the Industry Report from InfluencerDB, engagement rates have dropped from 4.5% to 1.9% on non-sponsored posts. This seems linked to increasing sponsored posts, which may be crowding out normal posts, giving less visibility to influencers trying to reach their followers directly.

What’s more, Instagram recently launched a tool that allows advertisers to make influencer posts appear as adverts, reaching a wider audience but at a higher price tag. The higher end of influencer advertising is set to keep getting higher, as advertisers can funnel a nearly unlimited amount of money into an advertising campaign.

While it should come as no surprise that Instagram wants more big companies to spend big money on their platform, this apparent push towards a ‘pay-to-play’ model will hurt influencers. If combined with hidden likes and view figures, more brands will opt for the safe options of paid promotions and mega influencers, leaving smaller influencers out in the cold.

But is this intentional? Many users have theorised that Instagram has implemented algorithm changes and additional advertising tools to actively privilege paid posts at the cost of organic content in the aim of increasing ad revenue. As Facebook loses hundreds of thousands of users in the competitive 13-35 age range, is parent company Alphabet trying to increase revenue from Instagram paid promotions?

The influencer market is slowly being turned on its head

Though budgets for big influencers keep rising, the lower end of the spectrum – so called Nano- or Micro-influencers with 800-50,000 followers – is seeing increased interest. More brands are realising that “the most effective form of advertising is peer-to-peer referral,” and  influencers with a small but engaged audience are one of the best ways to achieve this.

However, in order to make the most of these smaller – but often more trusted – influencers, a personal touch is needed. Many of these micro-influencers focus on one or two topics in a small geographic area (such as organic restaurants in Peckham), making them unsuited for wide-reaching ad campaigns but excellent for targeting interested demographics.

Customers can be your most relevant ambassadors, and by showcasing their voices, you can help to improve customer engagement and feedback. Some will even start advertising campaigns on their own, such as Chance the Rapper’s petition to bring back Wendy’s Spicy Chicken Nuggets which hit 2 million likes in a matter of days.

But you don’t have to appeal to Grammy Award-winning rappers to get some good publicity: with a little advertising know-how and chutzpah you can turn even negative customers into good publicity. Put your customers first, showcase their feedback for genuine publicity, and do your best to respond positively to criticism to gain some great publicity online.

For a mainstream example, look to the #LidlSurprises series, which made lemonade out of lemons by proving a hater wrong: The Grand Cru wine advert starts with ‘JoJo’ telling Lidl “that their wine probably tastes like mouth-wash” so they ‘flew her out to France to prove her wrong’ and she was quickly singing Lidl’s praise after a glass of the good stuff.

Though these styles of adverts wouldn’t work for every kind of business, you could benefit greatly from a co-ordinated approach to your brand’s social media presence. With a focused social media manager, you’ll be able to seek out influencers, respond wittily to criticism and post refined content that matches your brand identity and raises online engagement.

Social media can be a powerful channel for promoting your business.

Indeed, social media can provide a wealth of opportunities for raising brand awareness, talking to customers and more, though it requires a personal touch and experience to get the best results. If you’re unsure of how the social media landscape might change, want some advice on influencing influencers or expert help with your social media presence, contact Cleartwo today.