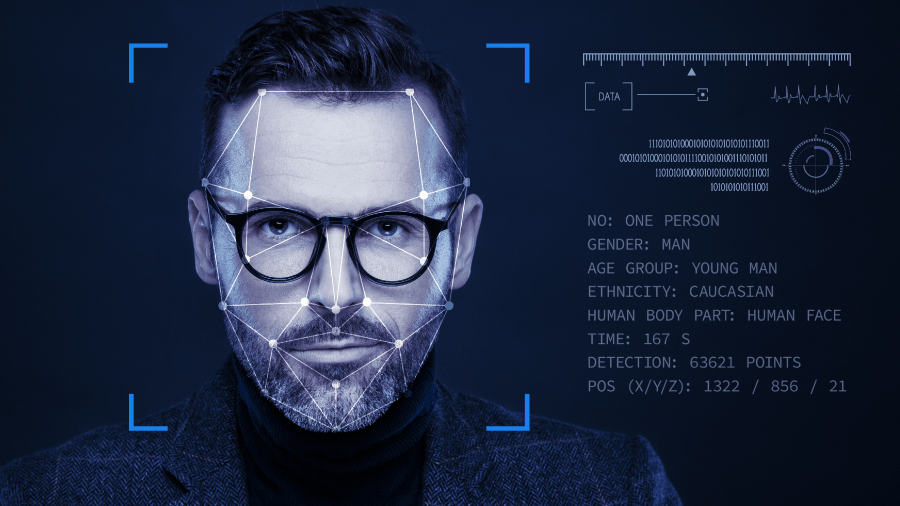 On Thursday the 14th of February 2019, the Metropolitan Police held a Live Facial Recognition trial in Romford town centre. They stated “anyone can refuse to be scanned” [1] but fined a man £90 after he covered his face.

The police claim that he was acting suspiciously [2] but this may lead to mass invasions of privacy and even a full Burka ban if the police enforce widespread identity checks.

While this incident isn’t widely known, the trials are an unprecedented invasion of privacy.

Just like the right to life, the right to equality under the law and the right to freedom of religion, privacy is a human right protected by the European Convention of Human Rights. Article 8 states that:

“Everyone has the right to respect for his private and family life, his home and his correspondence.”

But the frustrating thing is that not everyone understands that this right extends to their digital presence. We know that it is wrong for the police to enter our homes, search our drawers or follow us (without just cause) but we’re not as outraged when they do it with tech.

As usual, these surveillance measures are being justified in the name of security but may lead to serious violations of human rights. The LFR trials are being rolled out with a watchlist of ‘people of interest’ which may sound unpleasantly familiar to BAME people and British Muslims.

Much like the biased Prevent scheme – which disproportionately focused on Islamic extremism [3] – these trials use a watchlist of suspected criminals and innocents linked to other people of interest.

In this article, I will be discussing the legal and ethical basis of these trials: Is it legal or right to monitor and track hundreds of innocent people with facial recognition tech in public?

There is no legislation justifying/regulating the use of LFR. While there are regulations on the gathering and storage of photos in police investigations, there are no laws for the photos/scans used in LFR.

The Police claim that only faces matching the watch list are kept and stored for 30 days, while all other content is deleted immediately. However, current facial recognition software wrongly identifies people roughly 95% of the time [5].

What’s more, the scale of the system is immense: the national system has “roughly 23 million images” and “about 10 million of those 23 million are susceptible to digital searching” [6].

Storing the images of any individual not suspected of a crime is illegal, but the government denies this, saying that they are discarded by the LFR system.

The Government denies breaching privacy laws by storing images, but were the trials ever legal in the first place?

Older legislation governing CCTV is our best reference here: As stated by the Minister for Policing:

“the Surveillance Camera Code of Practice requires any police use of facial recognition or other biometric characteristic recognition systems to be clearly justified and proportionate in meeting the stated purpose.”

So, a system like LFR needs to be clearly justified, proportionate and used for a clearly stated purpose, but was it?

No justification (other than testing) was provided. Unknown hundreds of people were deprived of their human right to privacy for a test.

Absolutely not: According to published figures [2] the trial only led to the arrest of 3 people.

Testing the effectivity of the system, which has been underwhelming.

Hurd isn’t the only authority to rule that the trials were illegal. GDPR states that you need consent to gather sensitive data such as recognisable pictures:

“Consent should be given by a clear affirmative act establishing a freely given, specific, informed and

unambiguous indication of the data subject’s agreement to the processing of personal data relating to him or her, such as by a written statement, including by electronic means, or an oral statement. […] Silence, pre-ticked boxes or inactivity should not therefore constitute consent.” [8]

None of the subjects of the LFR trials gave explicit consent, making the trials illegal under the GDPR.

Can these trials be justified in logical or ethical terms? Does the end justify the means, or is it worth protecting our human rights at the cost of potential threats?

This argument is often used to imply critics of mass surveillance are criminals by drawing a false equivalence between those who want personal privacy and those who want secrecy for their crimes.

This argument is effectively stating: ‘You must be hiding something if you don’t want the police watching your every move.’ However, the police often make mistakes, harass or even kill innocents occasionally, meaning you DO have something to fear.

This goes double for BAME Britons, many of whom fear the “institutionally racist” [9] police force that is 9 and a half times more likely to use invasive stop and search measures on Black people [10]. When people claim that the government will leave innocent people alone, they are speaking from privilege, naivety or both.

‘It’s worth sacrificing our right to privacy if it means we are safer.’

Many people argue that surveillance is a necessary evil to keep us safe from criminals and terrorists, but how much of a difference does it make?

Multiple studies have “showed that improved street lighting was more effective [than CCTV] in reducing crime” [11] and the number of CCTV cameras has climbed WITH crime: There are now roughly 6 million [12] cameras in the UK and violent crime has risen by 20% according to a recent BBC report [13].

Since there is little (if any) proof that CCTV or LFR directly reduces crime, why should we submit to invasive surveillance?

Many people argue that rising crime and terrorism is linked to limited police funding, though the police received £12.3 billion (with £728million specifically for counter-terrorism) in 2018/19 [14]. The police clearly have plenty of funding but don’t spend it well:

“The whole idea that [The Mayor of London] is cash-strapped is absurd, especially when they can afford to spend £10 million on a leadership course.”  [15]

Similarly, the Met Police and government have a wealth of information at their fingertips but often fail to use it effectively. Previous watchlists like the Gangs Matrix were largely unsuccessful, and this new trial seems to be making the same mistakes; tarring suspects, innocents and wanted criminals with the same brush.

In conclusion, I believe that the LFR technology is unnecessary, illegal and unethical. I firmly believe that LFR is an invasion of privacy and that crime can be better tackled through other methods, such as community outreach and more police patrols.