Twitter is Politically Biased. Should this be an Issue? 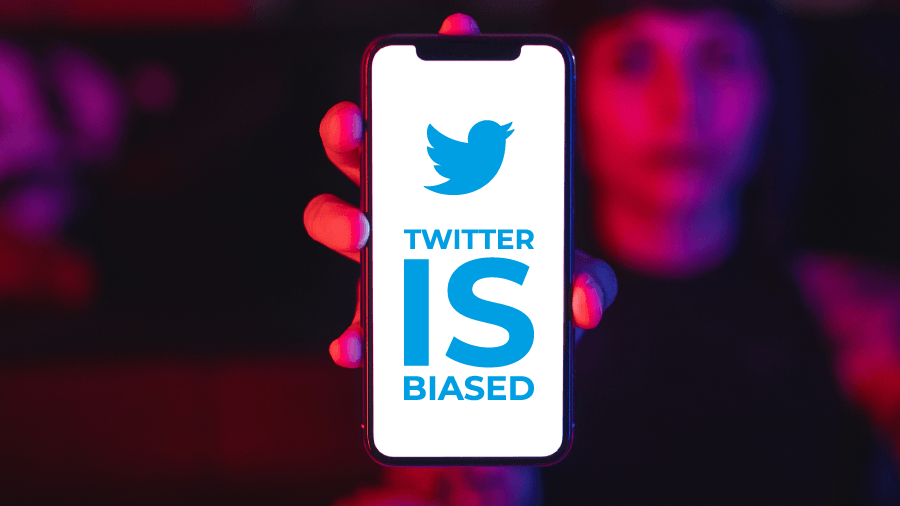 On the 5th of February 2019, Twitter CEO Jack Dorsey stated that the company could no longer “be this neutral, passive platform anymore,” in an interview with Sam Harris on his podcast.

You can listen to the entire podcast and unedited interview on Sam Harris’ site here.

This isn’t the first time he has admitted to political and ideological bias within Twitter management, either. In September 2018, he admitted that “Twitter is so liberal, in fact, that conservative employees “don’t feel safe to express their opinions” within the company. It’s difficult to say exactly how this affects the actions of the company, but it’s plain to see that liberal/left-wing bias is ingrained in Twitter.

If you are willing (or able) to deny the documented statements of a CEO in discussions about that company’s political bias, you are a terrible person with a great future in law.

And make no mistake, this could be a legal issue: Jack Dorsey previously testified to the United States House Committee on Energy and Commerce that “we believe strongly in being impartial, […] and we do not make value judgments on personal beliefs”. You can find his entire written testimony here.

Dorsey’s comments also directly contradict a statement from Twitter’s Head of Public Policy and Philanthropy, Colin Crowell, made on the 8th of February (just 3 days after Dorsey’s controversial interview). He firmly stated that “Our product and policies are never developed nor evolved on the basis of political ideology.” The post was titled Setting the record straight on Twitter India and impartiality and published on the official Twitter website.

Is it a crime to directly contradict legally binding testimony from 5 months ago? What about when the CEO and head of Public Policy contradict each other less than 5 days apart? Those are questions I will happily leave for Twitter’s legal team. But these contradictions aren’t helping to clear up the confusion for Twitter’s millions of users, many of whom have been banned or punished for violating rules that were never fully explained to them.

So, what does this mean for users of Twitter and the public?

For many users of the platform that seek to discuss serious issues, it means living in fear that you may be banned at any moment for saying something that upsets the moderators. What’s more, many users are not banned entirely, but are locked out until they delete a ‘controversial’ statement, effectively meaning that there are things you cannot say on Twitter.

For example, the founder of Feminist Current, Meghan Murphy, was suspended from Twitter in November 2018 for tweeting that “men aren’t women,” and asking “How are transwomen not men? What is the difference between men and transwomen?”

The main issue with this incident is the fact that these statements are not explicitly banned by Twitter’s terms and conditions. It was only by interpreting these comments in a wider discussion on transgender rights that they were classified as hate speech, and therein lies the problem: So much of Twitter’s moderation is carried out behind closed doors by people with biases of their own, with no explanation given most of the time.

“If it is “hate speech” to question a particular definition of what it is to be a woman, or “bigoted” to express concern about non-natal women being allowed into female-only spaces, the very notion of public debate is transformed. There would seem to be little one could say on most difficult issues that could not also be construed as hatred.”

For this piece, I do not wish to debate the issue of how transgender individuals should be legally defined, nor do I wish to insult anyone who feels that Murphy’s statements are hateful or derogatory. What I want is to discuss the philosophies, justifications and consequences of Twitter’s political bias as documented in public statements by senior Twitter executives.

There are two ways to interpret Twitter’s overt political bias:

Argument #01 – Private Companies can do as They Please:

If you believe that Twitter has the right to discriminate who is allowed and what can be said on its platform as a private business, you must also defend other private businesses that discriminate due to politics and personal beliefs. In short, if you believe that Twitter can block users simply for civil disagreements and differing options, you are fighting on the side of Christian bakers who refuse to cater for homosexuals and sexist employers who won’t hire women to avoid giving out maternity leave.

Now I’m not saying that this argument is without merit, but when we claim that private companies should be allowed to discriminate, where do we draw the line? If Twitter is allowed to ban users for personal beliefs, ideologies and philosophies, would this include religion? If not, why not: religions are ideologies and collections of beliefs.

If Twitter can ban people for religious beliefs, why not for ethnicity or culture, which is so often tied into religion, as among Jews in Israel, Rohingya in Myanmar and Uyghurs in China? If not, why not?

If your answer was something along the lines of “there are laws against racism and religious discrimination” you are completely correct, but you just disproved your own argument.

The Equality Act 2010 defines beliefs as:

Therefore, under UK law, Twitter is prohibited from discriminating against users with philosophical beliefs such as libertarianism as well as religious groups such as Muslims. However, if you firmly believe in business’ right to associate with who they choose and deny service to who they choose I wish you the best of luck in campaigning against the wealth of laws and policies prohibiting this.

Heaven knows you’ve got an uphill battle there. The aforementioned Christian bakers had to battle all the way to the UK Supreme Court just to avoid being forced to make a cake with the overtly political message “Support Gay Marriage”.

I previously quoted official statements from Twitter CEO Jack Dorsey and Twitter’s Head of Public Policy and Philanthropy Colin Crowell, stating that the company is “committed to the principles of openness, transparency, and impartiality.” I believe that Twitter should be held to these standards.

While Twitter (arguably) has a right to exert political bias through its rules and how it enforces them, they promised they wouldn’t multiple times, occasionally under oath. This is the centre of this argument: not whether Twitter has the (moral and/or legal) right to discriminate, but if they should be held to their word.

If Twitter explicitly stated that they wanted to be a platform for liberal or left-wing views that would actively exclude those on the right from the very beginning, their discrimination would at least be consistent, and users can embrace, avoid or work around it. But outside of interviews with staff and executives, Twitter is still trying to present itself as an impartial platform, even though this is obviously not the case.

Twitter wants to have its cake and eat it: Presenting itself as an impartial platform whilst actively censoring and de-platforming centrist, right-wing and conservative voices.

Much to the dismay of free speech activists, Twitter has a significant precedent for restricting speech in the UK. In 1998, the United Kingdom incorporated the European Convention into its domestic law under the Human Rights Act, and Article 10 states that our right to freedom of expression “may be subject to formalities, conditions, restrictions or penalties as are prescribed by law and are necessary in a democratic society”.

You may notice that these restrictions are extremely vague and intended to protect such undefined ideals as “the protection of health or morals” which can mean ANYTHING. They have been used to criminalise and restrict everything from a pug doing a Nazi salute to posting stickers stating “women don’t have penises” in public spaces.

You could easily argue that Twitter is simply ‘protecting public health and morals’ but there is no consistency in this: Twitter has banned a wide variety of users for no obvious reason whilst allowing many obvious violations of their terms and conditions to remain unchallenged.

In conclusion, what I (and many others) want is for Twitter to embrace its bias, or work towards being a fair and transparent company like it keeps telling us it is. This charade of public relations versus censorship behind closed doors cannot continue.