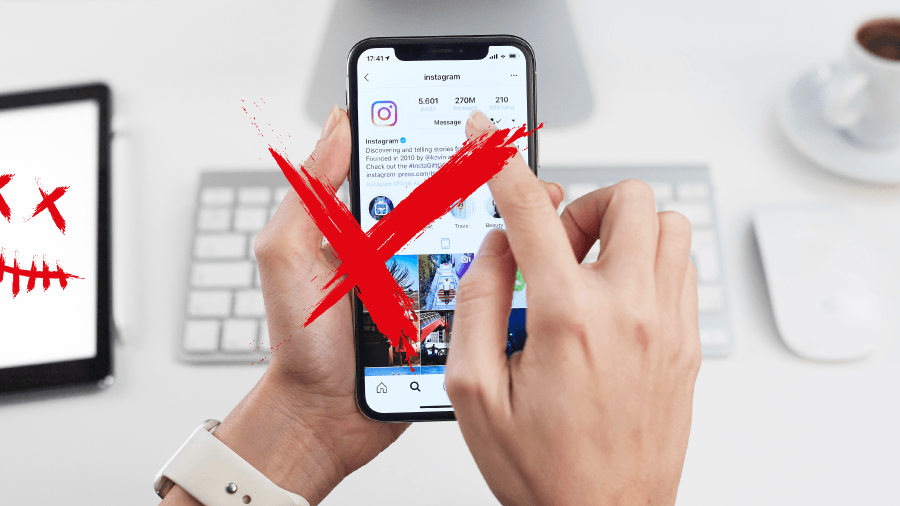 In late, July, Instagram cracked down on dozens of massive ‘meme’ pages, some with millions of followers, without warning.

Some page owners were making upwards of USD $30,000 – through adverts

and sponsored posts – making them an important source of income.

At Cleartwo, we know the massive benefits that SMM (or Social Media Marketing) can bring for businesses of all sectors, sizes and styles. We happen to help run a number of business pages on Instagram (we’re sworn to secrecy on who though 🤫) and having just one of those pages deleted would mean losing months of hard work and thousands of pounds.

This ‘meme purge’ as many have taken to calling it happened shortly after an update to Instagram’s policy regarding account disabling published on the 18th of July. Under this new policy, repeat violations of Instagram’s T&Cs result in account deletions, often without warning or any way to get the accounts back.

I’d like to stop for a moment and highlight the astounding vagueness of Instagram’s new policy, announced via the platforms official Info Center:

Instagram to “remove accounts with a certain number of violations within a window of time.”

Now, this may be a masterclass of non-committal writing, but statements like these are thunderclouds: they may be fuzzy around the edges, but they WILL ruin someone’s day. If Instagram finds you guilty of making “a certain number of violations” then your account will likely be deleted without warning.

And these deletions are IRREVERSIBLE, meaning you could lose everything without warning.

Thankfully, most of the meme pages were run as a hobby or side business, which has allowed many of the admins to start anew or move on without drastic losses. For businesses, however, losing an Instagram account can cripple a SMM campaign and result in lost business.

Common sense says that since most of the meme pages were guilty of reposting content without permission from the creators, a law-abiding business account has nothing to fear. But common sense also says that legally binding policies should be more specific than this, so what do I know?

This recent ‘purge’ of popular accounts deleted without warning, appeal or second chances is technically legal, as the users were playing by Instagram’s rules (or not, as the case may be). But it’s not sitting right with a lot of people because the offending accounts were given no warning, no chance to appeal the decision and no way to regain the followers, content or lost time.

All these fears and concerns go double for businesses using social media, as they have a lot more riding on their Insta account than 500 carefully compiled reaction images of Kermit the Frog. Every business owner hates uncertainty, especially those that rely on Instagram as a marketing tool and way to reach out to customers who may or may not get their account nuked.

A deleted business account is a real concern for many companies.

Combine this with reduced organic reach and a greater push towards monetised posts and soon Instagram feels like a pay-to-win game that won’t let you see the rulebook. Talking heads and industry experts have been claiming for years that algorithm and policy changes have actively made it harder to get organic reach without paying up.

Even global advertising companies like R/GA have noted that organic engagement is often a pay-to-win affair, which disadvantages smaller businesses and creates an uneven playing field:

“Maybe it’s dramatic to call it the death of organic social, but increasingly, we’re telling our clients, ‘If you’re not going to put money behind promoting your content, organic engagement is a real tough thing to produce sustainably,” said Kyle Bunch, managing director of social at R/GA.

Put your money where your content is, marketers told.

However, some advertisers (mostly the successful ones) maintain that algorithm changes have just disrupted the market, rather than disadvantaging ‘normal’ posts. The most significant change is Instagram’s move towards a curated ‘feed’ based on the user’s interests, rather than the previous feed which showed recent posts first.

According to Instagram figures, users will only see roughly 30% of the content posted by users and brands they follow, due to time spent on the platform and other factors. This makes paid advertisement – which are guaranteed to appear in a user’s feed  – more important to SMM than ever before, as they are quickly becoming the only sure-fire way to reach users and consumers.

What’s the best way to market your business with social media ads?

This whole situation highlights the dangers of building a business that relies heavily on social media: There’s always the faint chance of deletion and it may become much harder to track engagement. But you shouldn’t give up hope – when done well, social media (Instagram particularly) provides unique opportunities to reach out to customers and reach a wider audience!

By targeting your adverts and using particular hashtags, you can still reach your target audience and improve engagement rates. To narrow your focus and reach your target audience, you just need to ask a few questions – what time are 18-30-year olds interested in vaping most likely to be on Instagram, for example – and use this info intelligently.

At Cleartwo, we use a variety of techniques to create engaging content as well as effective advertising campaigns, ranging from professional graphic design to in-depth advertising advice and SEO services. If you’d like to learn more and beat Instagram’s algorithms, contact a member of our SMM team today!