The Future of Entertainment Are we Streaming Ahead or Lagging Behind? 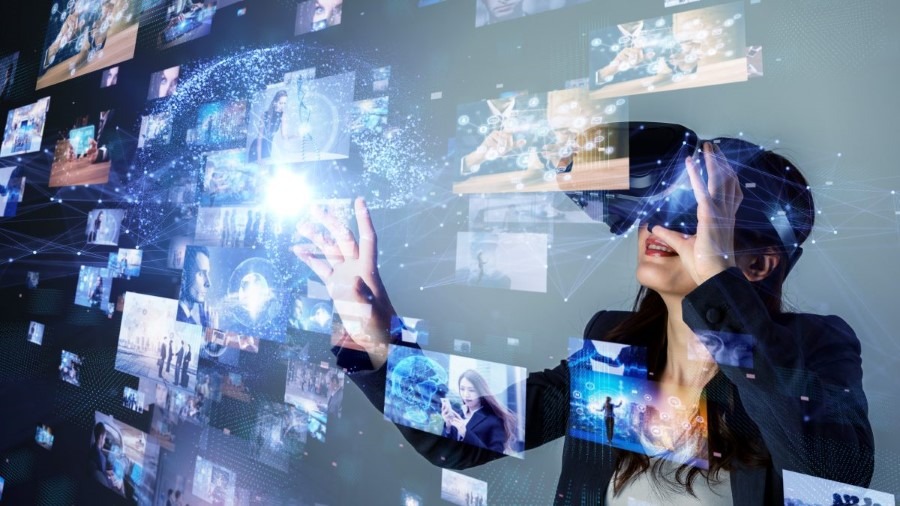 Recently, Apple announced that they would be launching two new streaming services for TV and videogames. These services, entitled Apple TV and Apple Arcade respectively, will enter the competitive streaming market alongside Google’s Stadia and Disney+ as well as having to compete against industry giants like Netflix and Amazon Prime.

The move to a streaming model represents a big shift for Apple, which has a long and successful history of selling media online through iTunes, the App store and other digital platforms. Interestingly, Apple has showcased a focus on original material from the very beginning, hosting a star-studded event in California with the likes of Oprah Winfrey, Steven Spielberg, Jennifer Aniston and many others.

At this point, we can only speculate on the offering, price and quality of Apple’s upcoming streaming services. However, we can talk about how these changes to Apple’s business model reflect a much wider trend of streaming rather than buying media, especially music, TV, films and video games.

A Brief History of Film:

To contextualise the effect that these new streaming platforms are having on the film industry, we need to explore the history of film. Though it is hard to pinpoint the true birth of moving pictures, most people agree that the first major cinema showing took place on the 28th of December 1895.

The commercial screening of 10 Lumière brothers’ short films in Paris on 28 December 1895 was one of the first breakthroughs of cinema. Legend has it that the audience ran screaming from the theatre upon seeing a moving train rolling towards them, such was the novelty of this new technology.

Shortly after, film studios were established across the globe and the first successful film theatre was built in Pittsburgh, Pennsylvania in 1905. These theatres were the only way that Pittsburgh citizens could see their favourite films, as TVs and video players were unheard of.

Later, broadcast television meant that people could see films, shows and news broadcasts in their homes, as opposed to purpose-built theatres. One of the first consumer-grade television broadcasts took place as a sort of ‘tech demo’ in Selfridge’s Department Store in London on the 25th of March 1925.

Even for the lucky few who owned television sets in the late 1920s and early 1930s, there was virtually no way to own or play movies on demand like we do today. Unless you could afford a projector and your own film reels, it was impossible to watch your favourite films at home on demand.

However, this all changed with the invention of film tape, which made it easier and cheaper to record, copy and transport moving images. At first, this technology was only suitable for commercial use (mainly broadcasting companies) but it grew more advanced and affordable over the years.

The adoption of the Video Home System (VHS) standard as developed by the Japanese Victor company in the early 1970s eventually allowed video cassette to reach a mainstream audience in 1976. Video cassette technology later grew cheaper and more popular to the point where most households in the UK owned a VHS player by the late 1990s.

When the first Blockbuster store opened in 1985 Texas, they helped to revolutionise the video-rental industry and bring it to a much wider audience. By acquiring the rights to distribute media (including videogames), Blockbuster paved the way for streaming companies to rent out and stream movies, shows and more online.

The Future of Streaming:

As the film, TV and videogame industries increasingly embrace streaming as a viable distribution method, what impact is this likely to have on you as a consumer? While this model makes it much easier and cheaper to enjoy a wide range of media, there are many unique pros and cons with streaming.

With old school DVDs (movies, box sets, video-games, etc.) all you need to watch, play or listen to it is the media itself and functional hardware. That’s it. Sure, the disc might get scratched or you might need emulator software to run a 30-year-old game, but by and large they work.

However, if you’re trying to stream some media, you’ll need:

In short, your old DVDs and games will still work 10, 20 or 30 years or more after release but Netflix hasn’t even been able to stream a US drama for 5 years consistently.

Pros – The Cost of Your Collection

Despite the issues with streaming media (of which there are many), it beats traditional physical/downloaded media hands down on price. Though subscription fees are ongoing and can cost thousands of pounds over the years, they cost significantly less than creating a film or music collection whilst offering much more choice.

Let’s say that you want to create a film collection. Nothing too big, but you want to include all the classics and maybe a few collections for your favourite actresses and actors (any Keanu Reeves fans out there?). For the sake of argument, let’s estimate 200 films.

The average price of retail DVDs from 2007 to 2012 was £5.30, but if you’re thrifty and focus on older films you could maybe lower that to £4.50. That means you’re paying roughly £900 to get your collection together, never mind the costs of travel/deliveries and building shelves to hold it all.

But if you opt for streaming, you could access Amazon Prime’s collection of roughly 18,405 movies and shows (as well as getting free next day delivery and Amazon Music) for 10 years at £790. If you choose Netflix instead, you can stream their ever-changing line-up of over 10,000 titles for 12.5 years for the same price as your small collection of 200 movies.

As much as I love the old-fashioned physical experience playing a DVD, streaming services are unbeatable in terms of cost versus variety.

Cons – Ownership and the Lack Thereof:

To put it briefly, you don’t own anything you stream. You have no rights to ownership and no guarantee that what you stream today will be there tomorrow.

You could sign up to Amazon Prime to watch The Grand Tour today, they could delete all copies online tomorrow and there would be nothing you could do (except maybe sign a petition). Similarly, you could pay £12.99 to stream games on the PlayStation Now programme and it could lock you out of the service because your internet connection wasn’t fast enough.

This was certainly my experience. I was drawn in by the promise of 500+ games for £12.99 a month and tried to play some Fallout: New Vegas. Because the Wi-Fi connection in my games room is quite frankly terrible, the game lagged a lot and I was even booted from the service because of this.

In short, I paid for a service only to be told that I didn’t have a good enough internet connection to use the service. “Like the fella’ once said; Ain’t that a kick in the head?” Likewise, the other streaming services may still charge you for their services even if you are unable to use those services.

In some ways, the sheer lack of customer guarantees, and the ever-changing line-up of streaming services has made it harder to find and access your favourite films. TV shows, music and games.

You might think Spotify are hypocrites for taking R. Kelly from their rap playlists despite streaming music by convicted criminals (Lil Wayne, 6ix9ine) and artists with allegations of sexual abuse (Cardi B, Michael Jackson).

You may believe that Disney’s monopoly is concerning, as they move to pull Disney and Marvel films from other streaming services and start their own exclusive service.

Or maybe you think Netflix isn’t going far enough to punish sexual abusers after it cancelled House of Cards over Kevin Spacey’s allegations but continues to stream movies produced by Harvey Weinstein who did much worse, even sparking the international #MeToo movement.

Whatever you think about streaming services, their massive reach and industry influence is impossible to ignore. More people than ever before have been able to watch hit TV series and blockbuster films, as well as smaller productions that weren’t successful enough to receive wide distribution in theatres and on TV.

By distributing media worldwide (with some exceptions) to everyone with a sufficient internet connection, streaming services have brought films, music and more to a wider audience than ever before. Bringing classic television, obscure films and independent musicians to people across the world is only a good thing in my book.

They don’t (and likely never will) have all the movies and media you want.

They aren’t the best at promoting social justice, especially not consistently.

They often aren’t ideal for creators, as services like SoundCloud don’t pay much to the actual artists.

However, with the rise of new streaming services and the increasing popularity of existing services, the industry is set to get more competitive and (hopefully) better for consumers and creators alike. As Netflix invests more into original productions, Disney + seeks exclusive streaming on Disney films and Apple TV launches with a star-studded production roster, we’re seeing a greater push to attract customers with quality content.

Some industry experts are speculating that we may be able to buy a ‘bundle’ subscription combining several services into one subscription (much like cable TV) which will allow for simpler payments and seamless streaming of media from different companies.

At the moment, it’s a good time to stream media: Internet connections are improving across the UK, and while some services are upping prices and cracking down on shared accounts, the variety of media is only increasing.

To conclude, while I believe that streaming services have a lot of downsides (from a lack of consumer rights to unethical treatment of creators) they are simply the best way to experience music, movies, TV and games now. Thanks to streaming services:

*Assuming you have a reliable internet connection, don’t live under an authoritarian regime that censors movies, and don’t mind that actors can be vaporized after mere allegations of sexual assault, then streaming is the perfect way to watch, play or listen to your favourite media.

The views, thoughts, and opinions expressed in the text belong solely to Adam Moseby, and do not necessarily reflect the views and opinions of Cleartwo Ltd.